The suburb was named after Sir Edward Braddon (1829-1904) who was a Legislator, Federalist and one of the Founders of the Constitution. He was a member of the State House of Assembly since 1879, the Premier of Tasmania from 1894-1899 and elected as a Tasmanian Member of the first house of Representatives in 1901.

The construction of the Braddon Garden City heritage precinct the area bounded by Donaldson, Elimatta, Batman and Currong streets began in 1921 and 1922. This was the only completed example of a design for a residential area in Canberra by Walter Burley Griffin.  The suburb was gazetted as a division name in September 1928. Braddon is named after Sir Edward Braddon, a Federalist, legislator and a participant in the writing of the Australian Constitution. Streets in Braddon were named for Aboriginal words, legislators and pioneers. The first light-industrial area in Canberra was established in Braddon in the 1920s and subsequently became the centre of automotive trades, before these businesses were established in the service areas of Phillip, Belconnen and Tuggeranong and in Fyshwick and Mitchell. In recent years the light-industrial area has begun to be redeveloped as an entertainment and residential precinct. Most of the residential areas of the suburb have been redeveloped with flats.

Braddon contains a commercial area centred on Mort and Lonsdale streets, which run parallel to Northbourne Avenue. The area includes several small art galleries, car rental agencies, a few mid-market restaurants, cafes and bars, trendy gift and clothes shops, as well as liquor stores and a Centrelink office. It formerly contained many car dealerships and businesses providing automotive services, but some of these are being redeveloped with six-storey apartment buildings with commercial uses on the ground floor. There are also a number of popular pubs, including Civic Pub, and low-rise office blocks in the suburb.

Away from the commercial areas, much of the previously suburban housing in Braddon has been replaced with apartment buildings that are popular due to their relatively close proximity to the City. Fenner Hall, a residence of the Australian National University, is located along Northbourne Avenue. The suburb is socially mixed with its population including many younger professionals and students, along with some recipients of public housing assistance. Some traditional single-family homes do remain where the suburb borders Ainslie and Dickson.

The streets in Braddon are named after Aboriginal words, legislators and pioneers.

Dooring Street. Named for an Aboriginal word meaning ‘the bark of trees’.

Elimatta Street. Named for an Aboriginal word meaning ‘my home’.

Helemon Street. Named for an Aboriginal word meaning ‘a shield’.

Limestone Avenue. Named for ‘Limestone Plains’, an early name of the Canberra district.

Northbourne Avenue. Name comes from the combination of the words ‘north’ and ‘bourne’, north because the road is on the northern side of Canberra and bourne from an old French word meaning limit or boundary. 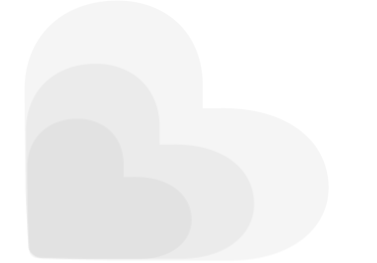